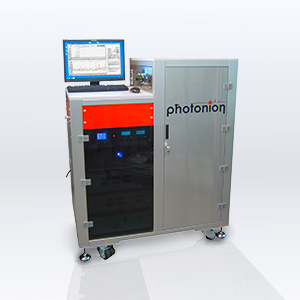 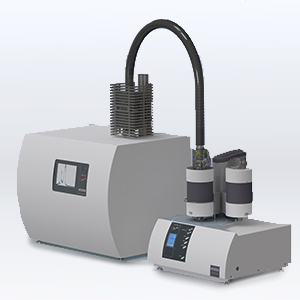 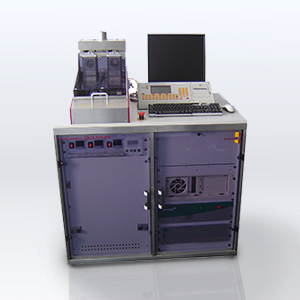 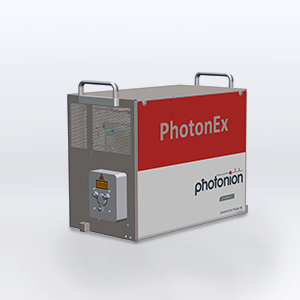 Gas and particle analysis with the focus on polycyclic aromatic hydrocarbons (PAH), inorganic-compounds and PAH 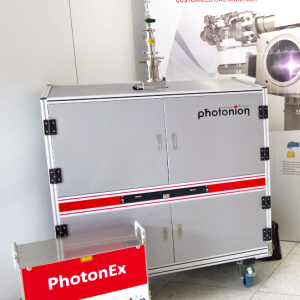 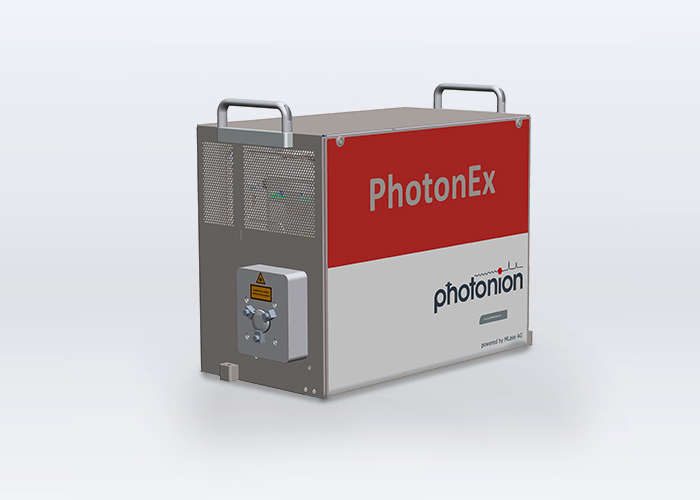 Gas  analysis with the focus on polycyclic aromatic hydrocarbons (PAH)

Particle analysis with the focus on inorganic- and PAH- compounds 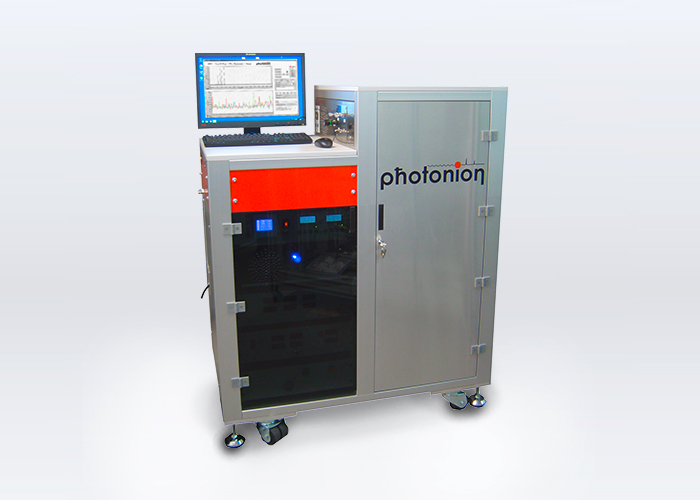 Gaseous samples are addressed continuously by the Photo-TOF-MS mass spectrometry system at a flow rate of ~2mL/s. Depending on the ionization technique various relevant species can be ionized by SPI, REMPI or EI. After the ionization, the formed ions are accelerated into the reflectron time-of-flight mass analyzer where they are separated due to their different mass to charge ratios. A typical TOF mass spectrum can be generated in some milliseconds. Hence, this fast on-line measurement system is a selective and sensitive analytical method to investigate complex gas mixtures such as from combustion processes. 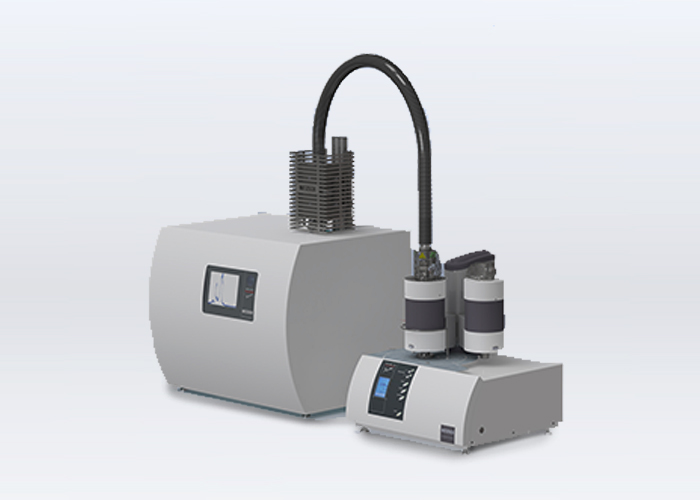 DECOMPOSITION OF POLYMERES
Polystyrene (PS): The SPI mass spectrum shows that in addition to the dominating

styrene monomer peak at 104 m/z, also the styrene dimer (208 m/z) and styrene trimer (312 m/z) are formed. Due to the resonance stabilization of the styrene monomer the alkane backbone of the PS polymer readily is breaking after every second chain carbon, forming predominately styrene (C2-phenyl unit). However, the occurrence of toluene (C1-phenyl unit), phenyl propene (C3-phenyl unit) and phenyl butadiene (C4-phenyl unit) shows that other chain braking positions are possible, although less probable.

Acronitrile-Butadiene-Styrene (ABS): The most dominant species in the evolved gas phase SPI mass spectrum is styrene (104 m/z) surrounded by the C1 and C3-benzene products from the polymer chain degradation (toluene and propenyl benzene). At 157 m/z the condensation product of acrylonitrile and styrene is visible and at 208 m/z the styrene dimer can be seen in the SPI mass spectrum. 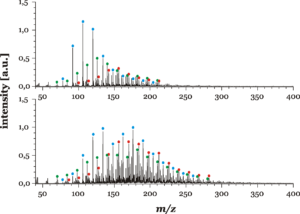 Crude oils are often characterized according to their physical properties such as density, viscosity, color, and odor. Furthermore, they may be distinguished by determining their chemical composition on a molecular level, which is challenging due to the enormous number of components present in the oils. In the displayed mass spectra alkanes (linear and branched), cycloalkanes and substituted benzenes occur in long homologous series and are assigned by the different colored dots red, green and blue, respectively. The SPI mass spectra from thermal analysis of different crude oils clearly show the advantage of soft photo ionization for the characterization of the evolving gases. Since fragmentation does not occur, each hydrocarbon may be identified according to its molecular peak. Different crude oils can be easily identified and characterized based on their distinct molecular patterns of the released compounds.

The thermogravimetry SPI-MS setup consists of a thermobalance which is coupled to an oaTOF mass spectrometer. The coupling is carried out via a heated capillary, which transfers the gas molecules evolving in the thermobalance into the ion source. There, the molecules are ionized either by VUV photons or by 70eV-electrons in case of conventional EI. 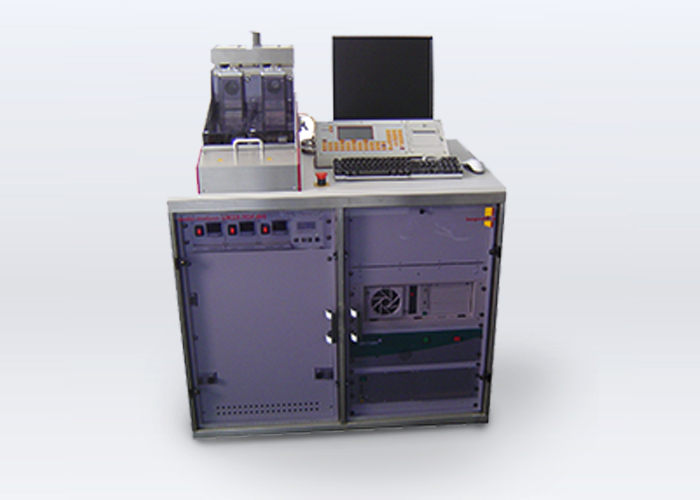 Smoke from the cigarette filter holder is sampled continuously with the Photo-TOFMS mass spectrometry sys-tem at a flow rate of ~2mL/s. Various relevant species in the cigarette mainstream smoke are ionized by a special VUV-light source. After this unique soft photo ionization the for-med ions are accelerated into the time-of-flight mass ana-lyzer where they are separated due to their different mass to charge ratios. A typical mass spectrum of tobacco can be generated in ~10µs. A puff-resolved, on-line recording of the concentrations of several compounds thus is possi-ble. Parameters for ISO as well as intense (Massachusetts, Canada) smoking conditions can be applied. Furthermore, „human smoking“ profiles can be replicated by the smoking machine. 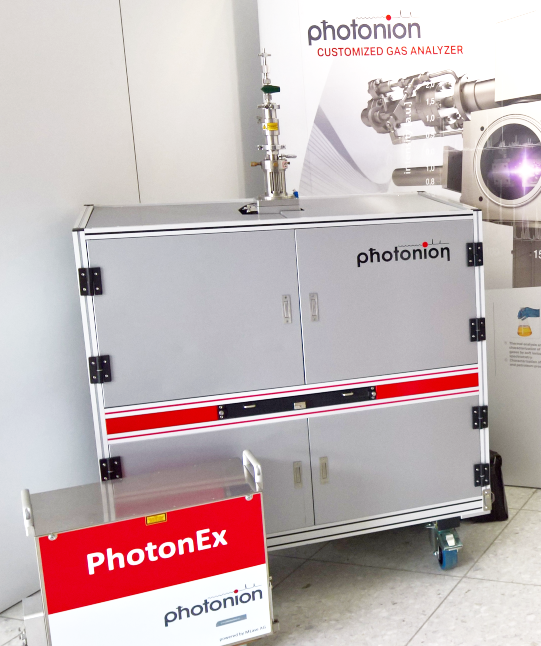